9. Hannah Black (Born Manchester. Lives and works in Berlin)
Chisenhale have just announced a new commission and first solo institutional show for the artist/ writer/ theorist, and not a moment too soon: it feels like Black’s omnipresent already, on the page, online, and in the gallery. To get the ball rolling, there was her much-tweeted review of the 9th Berlin Biennale in Artforum and fall screenings of her film works at the New Museum in NY. Over the summer at a performance event at the ICA she released the character Anxietina who is “transformed by the power of anxiety” into, “a force for simultaneous good and evil”: a perfect character for our times, then. 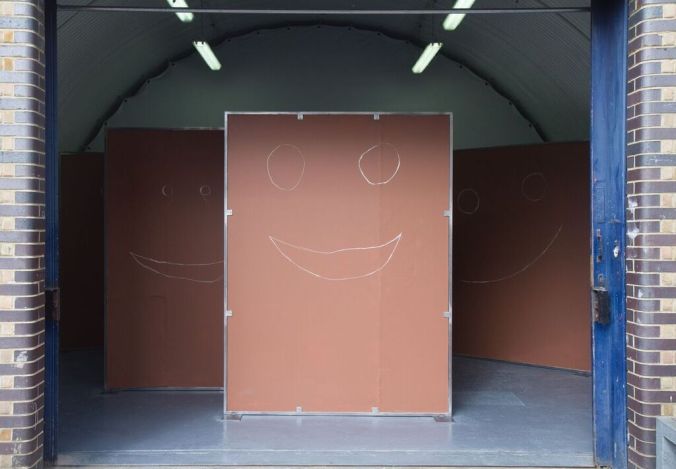 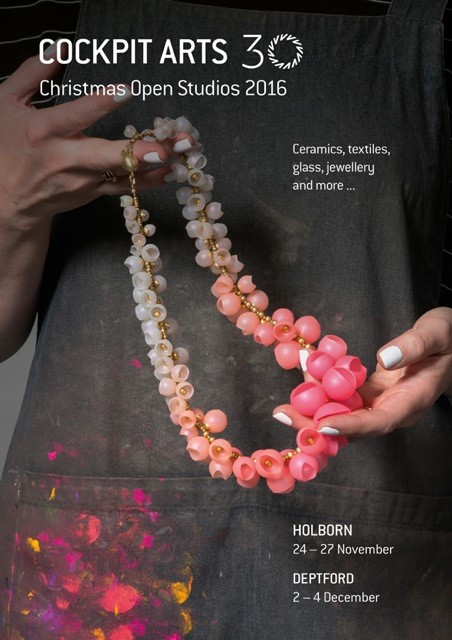 The Sketch-booking course started this term and is designed to assist learners in developing skills in idea development and research that can be utilized in their creative practice on other courses or in their own work. Using a sketchbook is a skill used by creative practitioners across the creative industries and supports your work in a unique and special way, come and find out how!

I have used what in this class in my other classes as a foundation.

The class helped me overcome my fear of drawing

We’ve learnt lots of useful skills alongside developing our own style.

I finally understand what a sketchbook is really for…. Understanding me!!

The course runs on a Wednesday evening with tutor Dolly Tompsett and is taking enrollments for after Christmas NOW!! 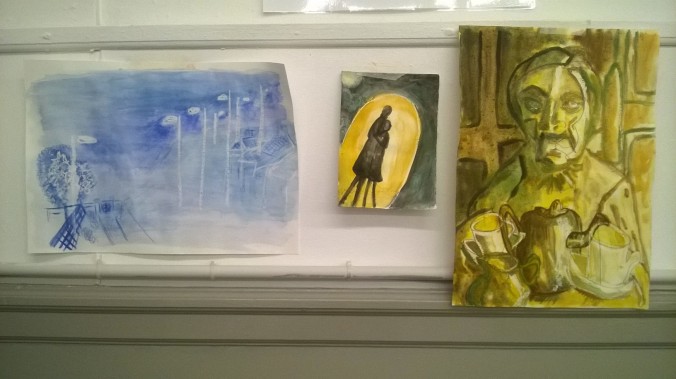 Here are some lovely images from our NEW Mixed Media Image making course that runs on a Thursday morning. (The next course starts in january: MIXMED01B)

An exciting departure from observational painting and drawing for some of our learners! 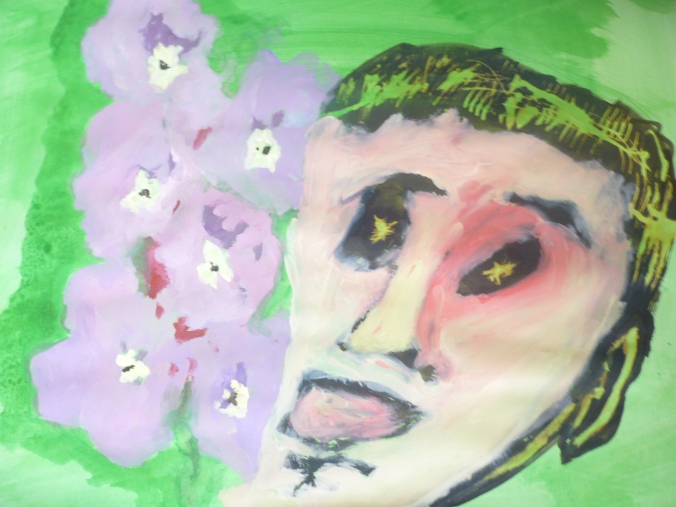 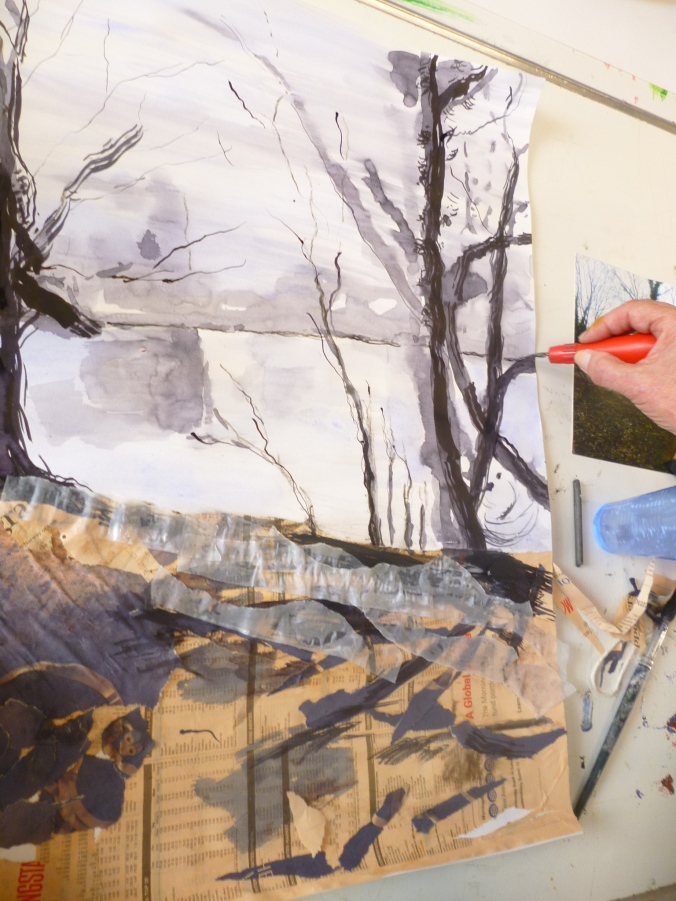 Another recommendation for an exhibition to visit from Foundation learner John.  apparently its a “bit weird”!

Here are some lovely images from our watercolour class that runs on a Thursday evening with tutor Neil Pittaway. If you would like to enroll you can do so here 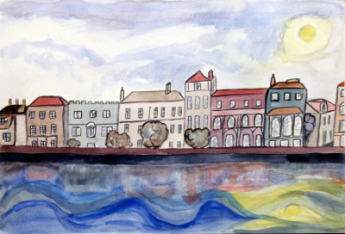 Foundation learner John has recommended the following exhibitions, Thanks John!

Working with The City Centre and the City of London Corporation, artist Rebecca Louise Law has created ‘The City Garden’, a site-specific installation of natural materials inspired by gardens within the City. This will be the first public art installation at The City Centre and is sponsored by The London Wall Place Partnership, a joint venture betweenBrookfield and Oxford Properties. This micro-theatre of London’s natural world will feature fresh flowers entwined with copper wire that are suspended above head height where they can be closely observed as they dry and preserve.

The City Centre has commissioned two films of City gardens that accompany the exhibition and a map of the gardens that inspired Rebecca’s installation. The map will also be available in an app that leads visitors through the City’s open spaces detailing the history, horticulture and design of some iconic gardens.

Rebecca Louise Law is an Installation Artist based in East London, specialising in artworks made with natural materials, namely flora. The physicality and sensuality of her site specific work plays with the relationship between man and nature. Law is passionate about natural change and preservation, allowing her work to evolve as nature takes its course and offering an alternative concept of beauty.

Notable commissions include ‘The Flower Garden Display’d’, (The Garden Museum, London),‘The Grecian Garden’ (Onassis Cultural Centre, Athens), and ‘Flowers 2015: Outside In’ (Times Square, New York) and Law’s work has been exhibited at sites such as the Royal Academy and the Victoria & Albert Museum.

At 12.5 metres-long, the model covers more than 85 square kilometres of London, 19 Boroughs and approximately 170,000 buildings, including 34km of the Thames with its corresponding 21 bridges. It extends from King’s Cross in the north to Peckham in the south and the Royal Docks in the east to Old Oak Common in the west.
Touchscreens allow buildings and major infrastructure projects to be brought to life across the surface of the model, showing the key areas of change and revealing the sheer scale of proposed development in the capital. Visitors can also call up detailed information and key facts on London’s newest and projects buildings. Integrated films document the history and development of the capital, the impact of the London Plan, major infrastructure plans, the rise of tall buildings and the ongoing influence of the Great Estates.
The New London Model is free to visit. Guided tours of the model are available – contact us to find out more.

For the last 184 years, Winsor & Newton has sought to provide generations of artists with some of the finest paints, brushes, graphic markers, and other supplies designed to meet the rigorous needs of creative individuals. It’s a proud heritage founded on innovation, dedication, and the tireless pursuit of perfection.

In its latest venture, Winsor & Newton is reaching out to artists across the globe to offer guidance and crucial artistic insight. Masterclass is a new series of informative video tutorials for those seeking to improve their techniques and stretch their artistic achievements.

Each new video will include explorations of color, technical advice on surfaces and professional input on mediums. Masterclass promises to reveal the science behind artist’s materials and demonstrate how best to use them. Each topic is carefully deconstructed to allow artists to understand the ‘why and how’ of the materials they use.

This exclusive new series is available free by subscription through Winsor & Newton’s website. With numerous topics in the pipeline, Masterclass is set to become a vital knowledge-base for professional artists and those seeking to perfect their creative practice. Subscribe now and start learning.

Evolving from discussions between Maison Mais Non, Zaha Hadid and Patrik Schumacher last year, fashion designers and architects will examine innovative technologies of the present to imagine how these will evolve and shape the world of the future. 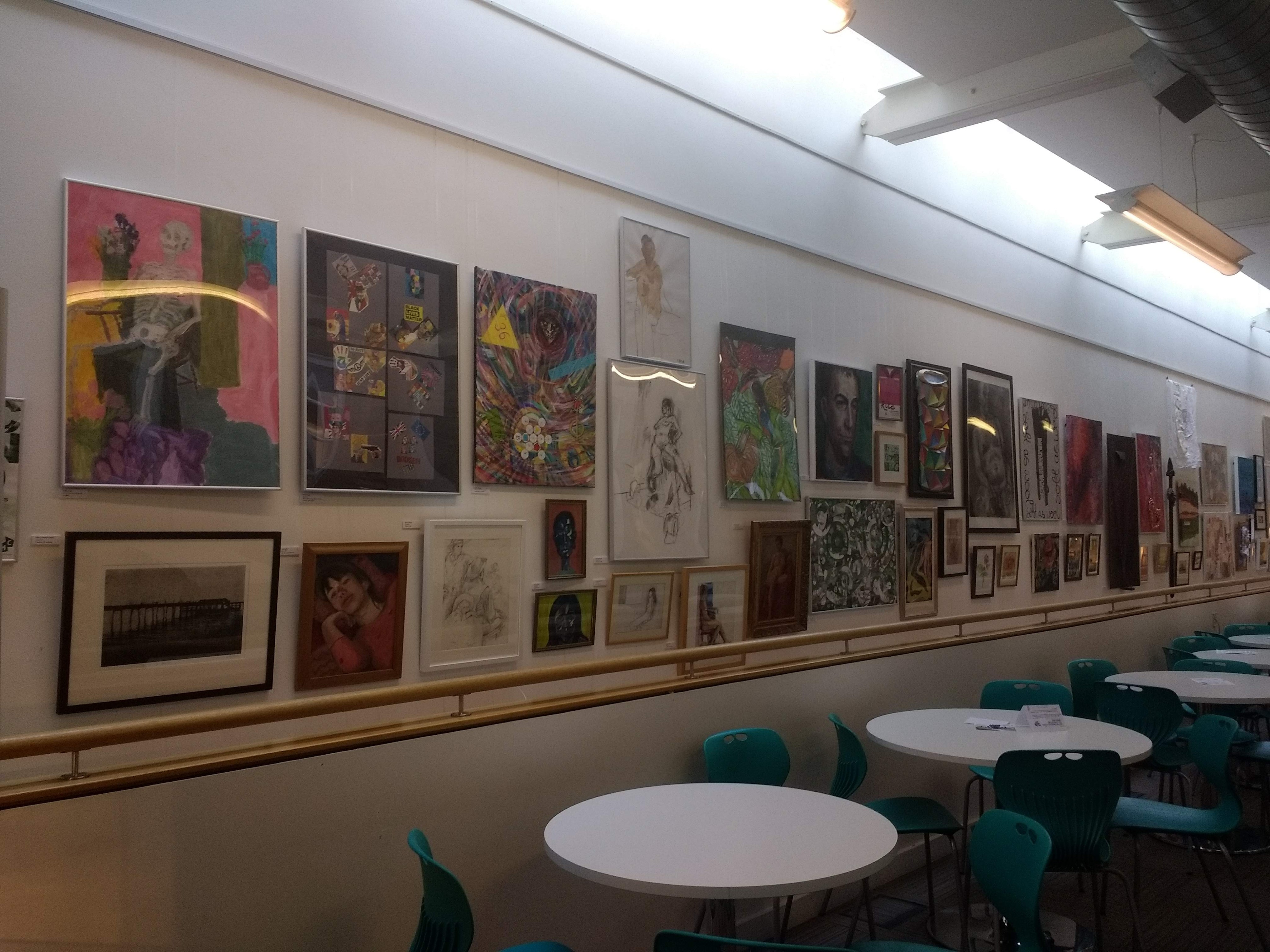 Learners from all over the college have submitted A4 size works inspired by the life and work of John Ruskin. John Ruskin was one of the original founding members of the Working Men’s College over 160 years ago. To celebrate the bicentenary of his birth we will are  holding an exhibition of work inspired by […]

This fantastic show was originally exhibited outside the college but is now available to view in the 5th floor gallery.

This years staff show is a fantastic showcase of what the creative tutors and support staff at WMC get up to in their own practice.